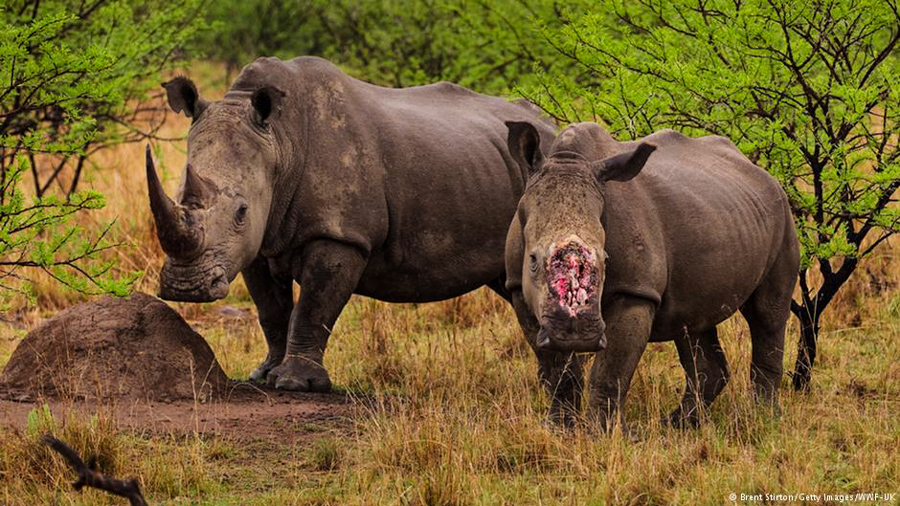 Bonner, Raymond. At the Hand of Man: Peril and Hope for Africa’s Wildlife. New York: Knopf, 1993.

In 1991, when a senior in college, I was fortunate enough to undertake a solo journey to South Africa, ostensibly as a grant project to research the ongoing strife between the African National Congress (ANC) and the Zulu-dominated Inkatha Freedom Movement, then vying for dominance in what was rapidly turning into a post-apartheid world.  Adopting a journalistic mien wherein I covered various strikes, protests, rallies and riots, particularly in the eastern province of Natal, I was able to participate in some major history, explore by myself a fantastic mosaic of cultures and beliefs, and look into the country’s superb system of national, provincial and private parklands.  A highpoint of the trip was the several days I spent camping and exploring in Kruger National Park, then and now the ultimate remainder of primal nature south of the Limpopo.  Upon first entering the park (crossing the Letaba River bridge from the south one observes crocodiles hovering in the murk below) I could smell something on the wind that has been described in similarly vague terms by others: exotic as a distant drum yet troublingly familiar, that distilled essence of wildness felt like a genetic homecoming of sorts, a reintegration with a place I’d been to before.  One afternoon, smiling at the foraging antics of a clan of banded mongooses from the window of my rental car (visitors are encouraged to remain encysted within their vehicles while perambulating about wild Africa), a towering shadow loomed over the rear of the vehicle; peering up through the sunroof I beheld an adult giraffe straddling my subcompact, peering down at me.

Another camping trip which would prove to be less successful was made into the Drakensberg Mountains on the Lesotho border, where I contracted malaria in the early morning hours and had to crawl back down the mountain after a single night.  An event that stands out from the previous day seems to encapsulate some of the issues discussed by Raymond Bonner in At the Hand of Man: when wheeling down the dirt road leading into the Giant’s Castle Game Preserve where I had camping reservations I was surprised to see hundreds of children pour out of an adjoining village and purposefully block my path; their demands included money and candy, and were made with good cheer and the blasé assumption that the “rich” white man would have cash and treats to spare.  After doling out a few rand and whatever eatables I had at hand, I was given a choral thanks and allowed to pass on.  The kraals (fenced cattle paddocks) of these Sotho (or perhaps Zulu) people were crowded right up to the road; the land beyond, right up to the verdant definition of the park’s relentlessly patrolled border, was a continual treeless expanse of overgrazed thorn and dust.

That night in my rented banda (grass hut), before the fever struck, I reflected on the prospects for a country—and a continent—where the teeming numbers of human beings with their demands for farmland, pasturage, predator control and clean water threatened to undo the work of those dedicated conservationists, from Kruger to Ngorongoro and beyond, whose foresighted vision has preserved some surviving elements of an untamed past.  I wondered what the villagers surrounding the reserve thought about it, how and if they benefited from it, and how the coming black-dominated government would address the need for environmental protection while assuaging the volatile masses whose hopes for instantaneous wealth were deliberated provoked during the ANC’s years underground.

South Africa is the brightest star in a very bleak constellation; as Bonner tells us, “of the world’s thirty-six poorest countries, twenty-nine are in Africa south of the Sahara; nine out of every ten Africans live in absolute poverty.”  Even when we realize that the cost of living on a small farm in Tanzania is infinitely less expensive that in the frivolous fields of American suburbia, the difference between being unable to afford a new bull and being unable to feed one’s children is often very close indeed: the coming famine in southern Africa is evidence of the tenuousness of everyday existence there (rampaging thugs in Zimbabwe, egged on by the dictator Mugabe, have disrupted or destroyed the majority of productive farms in the country and will be guilty of starving to death hundreds of thousands of blacks in the coming years).

Bonner generally does a fine job in addressing a crucial flaw in the traditional top-down approach of the international conservation movement: the lack of recognition that the population bordering protected areas must be included in management deliberations for long-term success to be assured.  Whether the land slated for protection lies in Kenya or Wyoming, the needs and aspirations of the local people—those whose immediate ambition would more likely be the utilization of the land for maximum economic profit rather than seeing its protection—must be respected in order to achieve a stable and secure future.

The nostalgic notion of isolated parks alive with charismatic megafauna while distant from human interference has disappeared in the face of the African population explosion.  Today the expanding farms and grazing lands reach to and often infringe upon the borders of most of Africa’s premier wildlife areas, creating the kind of unnaturally static interface between the wild and the domestic that we are increasingly seeing in the United States, where national parks and forests are surrounded by high-intensity land management and housing development.  Therefore, while there are still wild lands with which to work, those who could become implacable enemies of the parks must be recruited as allies who stand to directly benefit from the retention of healthy wildlife populations

Bonner tells of us a few community success stories already underway, such as the project in Namibia wherein Herrero and Himba tribesmen, having been encouraged to leave off meat poaching, make and sell traditional goods such as baskets and jewelry to tourists, who themselves are returning to the area with the rebound of wildlife populations.  The villagers thereby become involved in the cash economy (allowing women more personal freedom); they further benefit from a tax levied on tourists who overnight within their tribal boundaries.  “The justification for the tax is simple,” writes Bonner.  “It is the beauty of their land and the wildlife on it that attracts the tourists.”  There would seem to be an evident need for a similar duty to be charged throughout the African parks system, allowing locals to feel that they stand to gain from the retention of wildlife preserves.

At the Hand of Man gives us a good deal of information about such ephemera as the political wars fought over the ivory ban in the late 1980s and the inside scoop on a number of wealthy high-profile environmental groups, but Bonner ignores a crucial aspect of wildlife conservation that deserved mention.  Guided hunting safaris have provided a significant financial inducement for local people as well as governments in Namibia, Botswana and elsewhere to preserve healthy wildlife populations, particularly of those most subject to rural animosity (and most prized by trophy hunters)—the large carnivores.  But rather than exploring this lucrative source of cash and conservation the author goes out of his way to assert that “for most people, the notion that a hunter can be a conservationist falls somewhere between oxymoronic and unfathomable.”  This incredibly uninformed and prejudiced statement from a reporter of Bonner’s evident talent is difficult to comprehend, and seems unfortunately reflective of shortcomings in his personal experience and journalistic technique.

Wildlife safaris are big money expenditures, and people who pay to travel from the US, Europe and Japan to see elephants and lions aren’t willing to be told that they no longer exist in the area.  But living with African wildlife, several species of which can and do kill humans, is a problematic day-to-day situation that requires sufficient compensation to justify its expense and danger.  Besides the obvious menace of lions and leopards, an elephant herd can demolish in minutes a maize crop upon which an entire extended (and extensive) family may depend.  Bonner puts it directly: “(The African Wildlife Foundation, a US-based nonprofit) said that where 30,000 elephants had once ‘roamed peacefully,’ there were now only 5,000 and those might be dead in a couple of years.  They did not roam so peacefully in the neighbors’ minds, and it might have been fine with them if all the elephants were dead, and the sooner the better.”

It’s a well understood fact that well-paid former poachers make the most effective wildlife rangers; their experience on the other side allows them to understand the motives and motivations of their opponents.  Likewise, neighbors who benefit economically from the proximity of a wildlife refuge will invariably give up setting wire snares for game and fires to suppress scrub, and indeed will do all they can to promote and protect their source of revenue, from informing on poachers to shielding the resource from timber cutting and overgrazing.  Only by resolving to attract and retain local communities to the conservation cause will wildlife parks be able to survive in an increasingly overpopulated world, a fundamental understanding that At the Hand of Man makes admirably well.