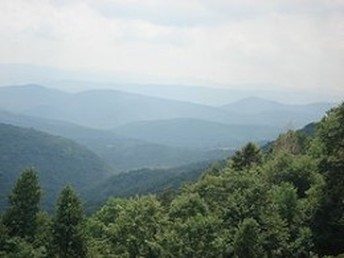 A Hunter's Paradise That Pays for Itself

First published in the November 2011 issue of Virginia Wildlife magazine
The natural and rural landscapes of Virginia have been celebrated in painting, poetry, and song for over four hundred years. Over the long millennia prior to English settlement the land had abundantly provided its inhabitants with the resources necessary for life, from a Chesapeake Bay once so full of fish it was difficult to navigate, to the western mountains teeming with deer, bear, and wild turkey. The ritualized hunting practiced by the natives was replaced by the wholesale conversion of forested habitat into farmland as Europeans moved further inland. Native species such as elk, woodland bison, and mountain lion were soon eradicated with the conversion of old-growth forest to small farms and fragmented successional woodlands.

Even so, the past forty years have brought a resurgence of those game species able to survive in the patchy isolated habitat we’ve left standing. Deer are abundant throughout Virginia; some regions are in fact overpopulated in the face of extinct predators and diminished human hunting. Bear and turkey populations are also expanding where habitat permits, bears being dependent upon sizeable contiguous areas of roadless acreage and largely confined to the environs of protected parks and forests.

Not all is rosy with native game species, however: the ruffed grouse continues its long slow withdrawal from the mountain forests it has graced for eons. With a stubborn decline of over three percent annually, it is clear to state biologists that sufficient habitat is not being retained to support this species in healthy, expanding populations. In even worse condition is the bobwhite quail, the silencing of whose cheerful cry on Virginia farms is sadly the case throughout its range, a victim of widespread monocultural farming, biocides, and feral cat predation.

Throughout today’s rapidly changing Commonwealth we see the escalating devastation of its historic landscapes of forest and farmland. Residential and commercial development continues to creep southward, devouring thousands of acres of open space with commuter subdivisions, strip malls, and roaring highways. The physical character of Virginia is fast becoming indistinguishable from the overdeveloped regions to our north, and many of our rural landowners are anxiously seeking a means of assurance that their family farms will remain free and open for the coming generations.

The coldwater currents and brooding forests of Bath County may seem a safe distance away from the urbanizing chaos of our less fortunate regions, but even here there are increasingly visible signs of the development fever that is infecting the lower Shenandoah Valley. Second homes and vacation cabins are springing up as word of Bath’s outstanding beauty is spread, and large-scale development remains a constant threat. According to their 2007-2012 Comprehensive Plan, Bath residents included the following in what they “valued most” about their county: “wide open spaces; healthy air; no huge ‘superstores;’ very few housing developments;” and “hunting.” In other words, Bath residents seek to keep things largely as they are, and don’t wish to replicate the soulless development patterns that have robbed so much of Virginia of its beauty.

The property offers cabins, catered meals, and 50 miles of hiking trails winding through the magnificent Allegheny countryside to provide urbanites with a means of temporary mental refuge. The reasonable fees the owners charge for these sporting experiences – along with the tax benefits associated with their donation of a conservation easement – are what have allowed the family to retain this handsome property intact and undeveloped.

Why pay someone to go hunting, that most independent and American of activities? In days not so distant most anyone who lived in the country could easily find private property to hunt on; all it took was a knock on the door and a polite request. But in recent years things have changed dramatically, and private lands hunting opportunities are rapidly constricting. One obvious reason for the increasing difficulty with which hunters are able to locate an agreeable landowner is the unfortunate legacy of prior visitors who failed to live up to the standards of sportsmanship: spent shells, gut piles, opened gates and trampled crops have too often been the reward for a farmer’s generosity.

An even more insidious problem is the continued erosion of viable wildlife habitat to hunt in. The future of hunting in the United States is dependent upon our securing and preserving adequate habitat to support game species and other wildlife. As most of the country’s remaining habitat is in private hands, it is necessary for landowners who hope to keep their woods and fields alive and productive to act now to protect their landscapes after they’ve gone. Conservation easements provide a proven, permanent means of guaranteeing that hunting habitat will remain open and available to future hunters, their families and friends, in perpetuity. And as the Lyons family has shown, protecting wildlife habitat can be not only personally rewarding but profitable, as well.

There are many misconceptions about conservation easements, including the stale chestnut that the donation of an easement somehow means that you’re giving up land ownership. This is false, as are the persistent fables about property under easement somehow becoming worthless, or controlled by the government, or inalienable, or “locked up” and forever unusable. Tout au contraire … what a conservation easement actually does is provide landowners with a way to permanently protect the most valuable features of their property, which in the Lyons’s case is hunting habitat and, perhaps of even greater value, deep family ties to the land. Easements permanently remove the threat of inappropriate or unwanted development and allow landowners and their descendants to enjoy the special features of their property over the long term while it remains commercially available, whether for farming, forestry, or hunting and fishing.

“This farm was built on blood, sweat, and tears," says Lance Lyons, “starting with my mom and dad and going on to my generation and now to my kids’ generation. Holding on to family land, especially large tracts of wooded mountain land, is something you don’t see much these days, and putting it in easement helps us keep it available to sportsmen who might not have their own land to hunt and fish.”

Lance’s mother Laura Lyons has been instrumental in keeping the Green Valley Hunter’s Paradise an ongoing and viable concern. With her husband, Lance’s late father Marvin, Laura began assembling the tracts that compose the family property in the 1960s, first as a private hunting club and since the early 1990s as a commercial enterprise. Lance has been actively managing the club’s wildlife habitat for a quarter century, and now offers his years of experience as a consultant to other landowners seeking to maximize their property’s hunting value. Lance’s son Luke and daughter Grace are also expected to be involved in the family business in the years to come.

Careful attention to detail, from food plots and cornfields to stocked ponds and comfortable guest accommodations, has contributed to the preserve’s lasting popularity. “We have all types of clientele,” says Lance, “from locals to people from Maine, Florida, and all across the country. Sportsmen come here to relax and pursue their passions in the most beautiful outdoors setting imaginable.” The pristine hunting environment is no accident: controlled burns, carefully targeted logging, and streamside buffer retention are central features of the business’s profitability.

The Lyons believe that permanently protecting their land will further contribute to their successful business model, and this is surely true if only because less proactive landowners will one day face the development of their property by real estate speculators. Make no mistake: privately-held open space that is not given full legal protection through a conservation easement will eventually be developed once your personal control over its fate is ended. It’s simply inevitable.

These are tough times, for Bath residents and everyone else. Many rural landowners are concerned about their ability to retain family farms and other open spaces when there are so many bills to pay. As the preservation of farms, forests, wildlife habitat and other open spaces is in the public interest, both federal and state governments offer economic rewards to easement donors. Virginia’s generous tax credit system provides landowners without significant income tax burdens to actually sell their unusable credits to individuals and corporations for cash.

And while the easement donor relinquishes his right to turn his farm into a subdivision, title and all other private property rights – including the right to sell it, lease it, or pass it down to heirs – remain with the landowner, as does the right to use the land in any way that doesn’t harm its recognized conservation values. In essence, what the easement donor is giving away is something he never wanted: the right to destroy those aspects of his land that mean the most to him.

“The easement program helps large landowners without much available cash to retain their property,” Lance says. “I’m worried that the General Assembly might do something to reduce the value of the tax credit program or end it completely, because land management is expensive, and selling our credits helped a lot in allowing us to preserve all the property.”

“In fact,” Lance continues, “the easement pretty much saved our farm from being sold piecemeal.”

Lance says his family placed their hunting camp under easement to provide it with permanent protection, and that his donation experience demonstrated to him that land preservation and financial gain can be mutually compatible. “The best thing about donating our easement,” he says, “is that the land hasn’t changed at all. That’s what I like: knowing that this wildlife habitat will be protected forever. As time goes on, it becomes more and more important to me.”

If you want to keep things the way they are, and sleep easy knowing that your hard work in managing and maintaining your rural land will be retained as a legacy for the future, why not take advantage of sellable tax credits and the other benefits of easement donation, and enjoy the feeling of lasting contentment knowing that your own special chunk of paradise is forever out of harm's way?
Powered by